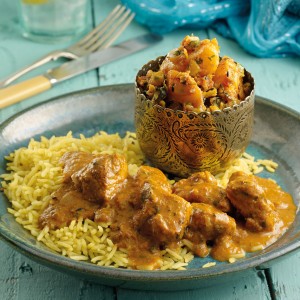 Curry, curry, curry - it's one of those pick me up dinners when you fancy something satisfying and full of flavour. Although curries may not have originated from the UK, they have certainly become a huge part of our culture. Perhaps we wouldn't have had the 'flavour experience' of different cultural food including curry we do now if it wasn't for the Great British Empire spanning from the Caribbean to the Indian Ocean. Maybe we wouldn't of had the vast range of consumable diversity that we take for granted today!

Historically, the word 'curry' was first used in British Cuisine to denote dishes of meat (often leftover lamb) in a Western-style sauce flavoured with curry powder. The first documentation of a curry recipe was in 1747 using a simple combination of black pepper and coriander seeds - Oh how we have come on! As time went on... a century or so, we became ever more adventurous with our spices, perhaps due to the increased availability, or perhaps due to our natural curiosity. Turmeric, cinnamon, cayenne, mustard, ginger, and fenugreek became commonplace, and were even sold in 'pre-manufactured' packages! According to one legend, curry experimentation ended up as a product we all know [and some of us love] today - Worcestershire sauce! 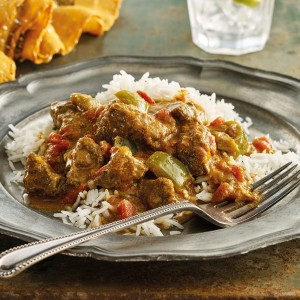 This development and exploration into spices, tastes and flavours resulted in a fast growing taste for curry, fueled by a rapidly increasing population and an influx of immigrants from South Asia. Curry has become an integral part of 'British' cuisine, becoming one of the most popular 'go-to' meals in the country - So much so that the Tikka Masala [which may or may not have been invented in Glasgow] has become a "traditional British dish" which when you think about it is astonishing. It may not be a surprise then that in London there are more Indian restaurants than there are in Mumbai or Delhi!!

"The first National Curry Week took place in October 1998 and was founded by the late Peter Grove. His vision was to drive awareness and appreciation of the burgeoning Indian restaurant industry, whilst also raising funds for charity. The UK’s love of curry is stronger than ever, and National Curry Week continues to grow in importance every year."

Our curry selection has grown in popularity following these trends and shows no sign of slowing down - If you ever feel in the mood for a curry, we have a proper choice of proper curries. They wont let you down.