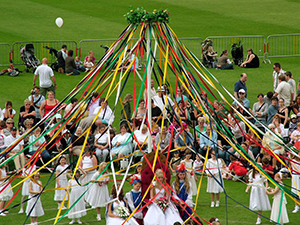 Maypole dancing is a tradition on May Day. It is believed to have started in Roman Britain around 2,000 years ago, when soldiers celebrated the arrival of spring by dancing around decorated trees thanking their goddess Flora. These days dancers weave ribbons around a pole rather than a tree...

The British May Day tradition of dancing around a maypole is around 600 years old and the activity often brings communities together.

Traditionally the dancers position themselves in pairs of boys and girls before beginning their routine. The dance creates a multi-coloured pattern which creeps steadily down the pole. The dancers then reverse their steps to undo the ribbons. This is said to represent the lengthening of the days as summer approaches, but the significance of the pole itself is not really known. Some communities have a permanent maypole up all year round on village greens and in squares.

At Offenham in Worcestershire, a very complex dance routine around the pole is performed on May Day every year. The first recorded instance of a maypole dance came during the 14th century in Llanidloes, central Wales, and the tradition is thought to have come from Wales and Scotland before spreading around the country. Due to the ever-changing religious doctrines of the kings and queens of England over the centuries, the maypole was seen as an anti-Christian symbol for a time, right up to the end of the 19th century. The tallest maypoles in the country are at Nun Monkton, North Yorkshire (88 ft), Barwick-in-Elmet, West Yorkshire (86 ft) and Welford-on-Avon, Warwickshire (65 ft).

Very different maypole traditions exist in other countries. In Austria and Germany, the maypole is known as a ‘maibaum’, is painted with Bavarian white and blue stripes and is erected (sometimes by villagers) in the middle of a village. This may be accompanied by a procession,after which the pole is decorated with emblems of local businesses and industry.

An even lovelier tradition exists in the Rhineland and around Cologne. Unmarried men erect birch trees (bought from local foresters) in front of the houses of their sweethearts, decorated with crepe paper and a red heart shape with the name of the woman inside it. The ladies wake up to find the trees outside on the morning of 1 May.

There is also the hilarious tradition of maypole scrambling, which involves people trying to climb to the top of the pole. This also mainly happens in Germany and Austria. Though not always held on 1 May, maypole celebrations also happen in the States, Malta, Scandinavia, Canada and Italy, with Italians using the pole to celebrate International Workers Day too. 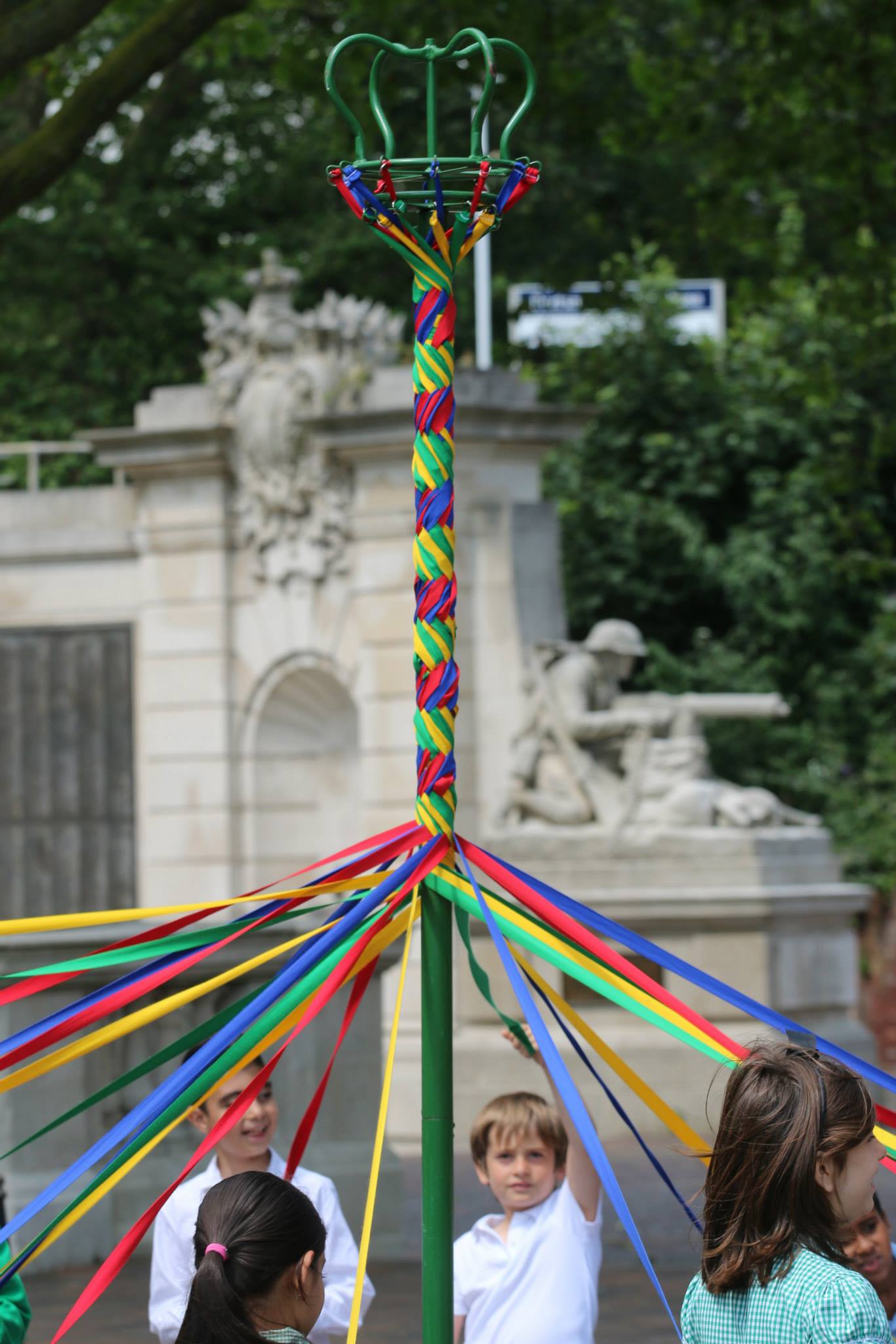 Dance into May with a specially selected range of meals, perfect for the beginning of summer, click HERE